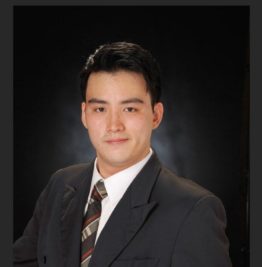 Cbor graduated from the University of the Philippines, College of Law in 2019. He was admitted to the Philippine Bar in 2020, and joined C&G Law in the same year.

In law school, Cbor represented the University of the Philippines in various moot court competitions. In the 2017 Philip C. Jessup International Law Moot Court Competition, his team was awarded the Richard R. Baxter award for Best Applicant Memorial and the Hardy C. Dillard Award for Top 5 Best Combined Memorials. In 2018, his Jessup team went on to represent the Philippines in the international rounds in Washington, D.C., where they finished among the top 32 teams out of almost 700 teams from around the world.

In 2017, his team would also win the 1st Pan-Asia International Human Rights Moot Court Competition, held at the University of Hong Kong.

Prior to law school, Cbor was licensed as a stockbroker for Credit Lyonnais Securities Asia, where he was in charge of the banking, gaming, energy, and conglomerate sectors. His three-man team was voted the best execution team in the Philippines according to the 2014 AsiaMoney Brokers Poll.

Cbor has participated in a number of corporate law matters. His experience includes: