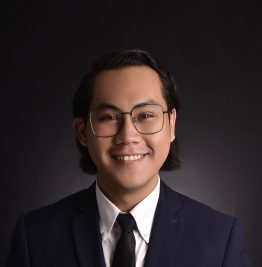 Karlo obtained his law degree from San Beda University in 2018, and he was admitted to the Philippine Bar in 2019.

He started his legal career with Molo Sia Dy Tuazon Ty & Coloma (Mosveldtt Law) as an associate in 2019, where he was heavily involved in the firm’s litigation practice and has appeared in various Philippine courts and quasi-judicial bodies.

He later joined PricewaterhouseCoopers (PwC) Philippines as a legal advisor, where he handled cross-border transactions, tax advisory, infrastructure, and PPP projects. He also represented clients before the Philippine Bureau of Internal Revenue (BIR) and the Court of Tax Appeals.

Karlo has assisted in a range of matters, including: