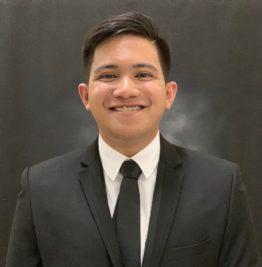 Andrei obtained his degree in Accountancy from the University of Santo Tomas in 2013 where he was a Go Kim Pah Scholar.  He obtained his Juris Doctor degree from the San Beda University College of Law in 2019 where he ranked 13th in his Class.  Andrei was admitted to the Philippine Bar in 2020 and joined C&G Law in the same year.

While in law school, Andrei initially worked as an Assurance Associate from 2014 to 2015 then later on became an International Tax Consultant from 2015 to 2017 at Sycip Gorres Velayo & Co. where he also took his internship.  During his senior year, he was the Vice Subject Chairperson for Labor Laws of the San Beda Centralized Bar Operations and at the same time the Vice Chairperson for Internal Affairs of the San Beda Legal Aid Bureau.

Andrei has participated in a number of matters, including: