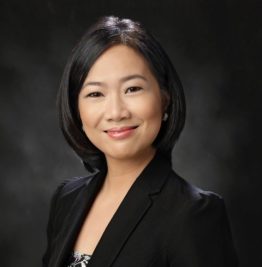 Annalisa is a projects and finance lawyer with over 20 years of experience in energy and infrastructure development across Asia.

Annalisa has advised on private sector and public sector infrastructure projects in the Philippines and other countries in Asia, acting on behalf of project sponsors, commercial lenders, and an international financial institution. She specialises in energy, having started her legal career assisting and advising foreign and local companies in the implementation of independent power projects in the Philippines.

Her experience in Central and West Asia also grew to include other infrastructure projects, particularly in transport, water supply and sanitation, urban development, and natural resources.

Annalisa’s recent work includes advising on the following for the Asian Development Bank:

Annalisa was also the in-house legal counsel of the Asia Pacific Carbon Fund (established by the Asian Development Bank).  She advised on the carbon financing of more than fifty wind, waste-to-energy, solar, geothermal, and energy efficiency projects in China, India, Indonesia and other countries in South East Asia.  Examples of Annalisa’s work include advising on: