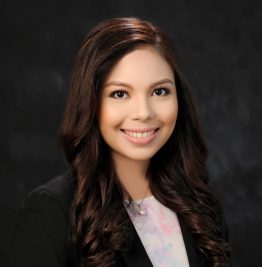 Dianna specializes in corporate and commercial transactions, assisting in various due diligence and related activities involving mergers and share and asset acquisitions, and real estate transactions.  She also specializes in taxation, which involves representing and acting for clients in challenging assessments and claiming refunds of various taxes before the Bureau of Internal Revenue, Local Board of Assessment Appeals, and Court of Tax Appeals.

Dianna also assists in providing general corporate, tax, banking, intellectual property, and other advisory services.  She has appeared before trial courts and other quasi-judicial agencies for civil, criminal, and tax cases.

Dianna obtained her degree in Bachelor of Arts in Management Economics with honors from the Ateneo de Manila University in 2009.  She obtained her Juris Doctor degree from the Ateneo de Manila University School of Law in 2013 where she graduated with honors.  As a law student, she was a Teehankee Center Foundation scholar and Ateneo School of Law scholar.  Dianna was admitted to the Philippines Bar in 2014 after placing second in the 2013 Philippine Bar examinations.  Dianna joined C&G Law in 2014.

Dianna is also a part-time lecturer at the Ateneo de Manila School of Law, where she teaches Constitutional Law and Legal Writing.

Dianna has participated in several corporate and commercial transactions, as well as tax and litigation matters.  Her work includes: