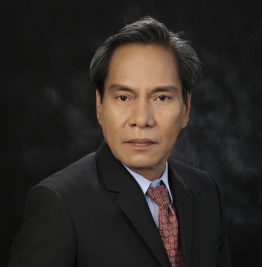 Jim advises on corporate and commercial transactions, including equity investments, share and asset acquisitions, lending, security and other financing arrangements, real estate transactions, and construction and infrastructure projects. His experience in energy, construction and infrastructure work tracked the development of build-operate-transfer arrangements in the Philippines, having assisted in a number of infrastructure projects undertaken under the then recently-enacted BOT legislation.  These include the development of various diesel-powered generation plants in Mindanao, the 1200-MW gas-fired Ilijan power plant and the 210-MW (net) STEAG State Power Inc. coal-fired power plant, as well as the Manila Metro Rail Transit System Line 3 (MRT3) along EDSA.

His work has extended outside of the Philippines and includes work with developers and sponsors on tenders for generation projects in China and Thailand, as well as structuring and documentation work in Indonesia, Pakistan, and Thailand.

Jim is heavily involved in the corporate and commercial department of C&G Law.  His more notable representative works in Infrastructure and Project Finance include:

Jim has also advised and assisted clients in the energy sector, including the following: