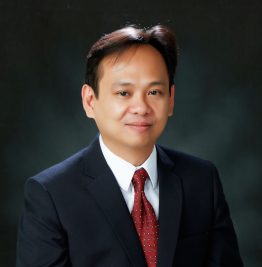 Paolo is a founding partner of C&G Law.  Paolo started his career with Quisumbing Torres, as a trainee solicitor and, later, associate.  He thereafter joined SyCip Salazar Hernandez & Gatmaitan in 2002 and was a senior associate there until 2007.

Paolo specializes in civil and commercial litigation, before Philippine courts of all levels as well as quasi-judicial bodies, covering a diverse range of subjects, such as contractual disputes, product liability, torts, medical malpractice, intra-corporate controversies, enforcement of foreign judgements and arbitral awards, natural resources and environmental law, public utilities, taxes and other governmental impositions, and banking and securities law.

Paolo is a Recognised Practitioner for Disputes Resolution in the Chambers Asia-Pacific 2019 edition.

Paolo’s practice areas also include civil and commercial arbitration, as well as employment and criminal law.

Paolo specializes in civil and commercial litigation, having appeared and argued before Philippine courts of all levels as well as numerous quasi-judicial bodies.  He also practices criminal law, having appeared as both private prosecutor and defense counsel.  His practice areas also include labor and employment law, as he regularly advises and represents clients on matters relating to labor standards and employee benefits, labor-management relations, the imposition of sanctions on employees and termination disputes, employee transfers, reorganizations and other personnel movements, and union concerns.