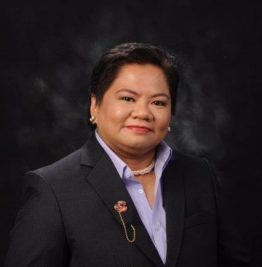 Norma Margarita (Norge) is a founding partner at C&G Law handling principally mergers and acquisitions and other corporate/commercial work, as well as competition law matters.

In 2018 and 2019, Asia Business Law Journal named Norge among the Top 100 Lawyers of the Philippines.  Norge is also a Chambers-ranked (Band 3) lawyer for Corporate M&A in 2018 and 2019, for both the Asia-Pacific and Global editions.

Norge advises on share and property acquisitions and foreign and local investments, including joint ventures.  She also conducts due diligence and other activities in connection with such acquisitions and investments.  She is a ranked lawyer (Band 3) for Corporate M&A in the Chambers Asia-Pacific 2018 and 2019 editions.  According to Chambers: “Clients praise the quality of her advice, appreciating that she does not ‘just provide dry legal advice, but takes into consideration practical concerns as well.’”  Norge was also ranked in the Global edition.

Norge is also ranked in the Chambers Asia-Pacific and Global 2019 editions.  The latter states: “A client notes that Norma Margarita Patacsil is ‘always on top of everything and manages to help.’  She lends her expertise to acquisition, investment and competition matters, and is adroit at advising on competition law.”

Norge is also experienced in various capital market, contract-based, land, mining and natural resources, anti-bribery and corruption, and regulatory issues.  She handles the incorporation of companies and other investment vehicles and also serves or has served as director and corporate secretary of several corporations.